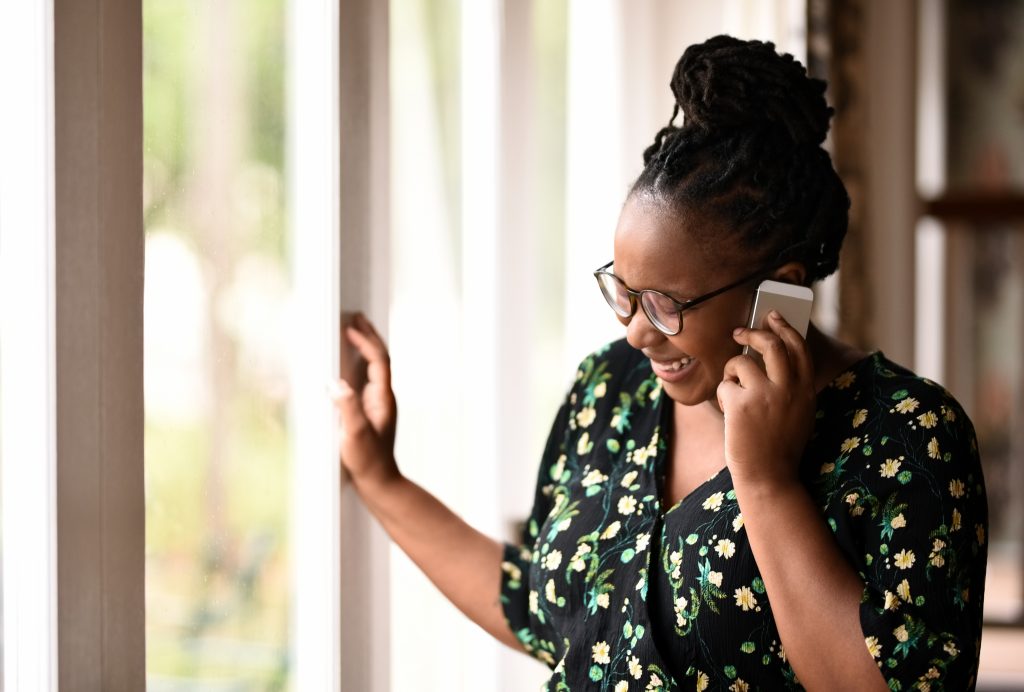 My name is Charlene and I started as a Tele-Touch Volunteer with Acclaim Health about a year ago. I have found that this new COVID-19 environment we’re all living in has changed the way I make calls with my clients. I realized that most seniors are struggling with boredom, new restrictions and changes to their daily lives. They miss going out into the neighborhoods to walk or to shop independently or have a coffee with a friend, but especially miss seeing their grown children and grandchildren.

One idea that I found my clients seem to enjoy is talking about current news issues as well as interesting stories from their lives back when they were raising their families. In one conversation my client mentioned a place she took her children to that had a goat. You read that right! A goat. She explained how upon arrival to this treasured place, her kids were saddened to hear of the goat’s passing. I asked her if she had any idea what the average lifespan of a goat was. Neither of us knowing, I did a quick online search while on the phone and was able to share with her what I found. (Its approximately I5 to 18 years for anyone who’s curious). I continued to share other goat facts as I was reading about them, prompting more stories of her own childhood where she lived on a farm and milked goats for her family.

The following week we were discussing a business that her and her husband owned and its proximity to Parry Sound. She said she remembered that a famous hockey player was from that town. She thought it was Gordie Howe. So again I decided to look it up and found out that it was Bobby Orr who really put that town on the map. She then mentioned knowing Wayne Gretzky. I proceeded to look up a few facts about him. My client commented that she loves how each week I look up things on the internet and how she learns a lot from our calls. I told her that I enjoy them too, as I also love to learn new things. At the end of our chat I reminded her that all of our research on famous NHL players began with her mentioning Parry Sound. I said that we both knew more about Wayne Gretzky, Bobby Orr and…

I had blanked on the name of the first player we looked up. My client, a very bright, witty woman, struggled to come up with his name as well and quickly said, “Well, get checking!”.

We shared a laugh I’m sure her neighbours could hear through the walls.

Gordie Howe! I told her that I’d be quizzing her the following week about the three names of the players we learned about and we could test each other. She told me she’d be quizzing me right back!

I’m telling you this because it was in these calls that I realized the joy we both experienced each week through these trivia finding missions. It also made me aware that my clients were able to continue sharing with me stories that they say they’ve not talked about in years, intertwined with google searches. During our weekly chats, their minds are off of how boring and mundane their lives may be feeling right now. Perhaps it helps take them away their fears and uncertainties they have, for themselves as well as their children and grandchildren. Albeit temporarily, it’s a little something and it’s the reason most of us Volunteer to begin with.

I’m aware that I’m not reinventing the wheel here as I’m looking up facts on the internet and sharing them with my clients, but I have discovered that it’s given them more to share with me, more interesting conversation, and has brought them a few extra laughs as we’ve made a little game of it.

Hope everyone is feeling well and are staying safe.